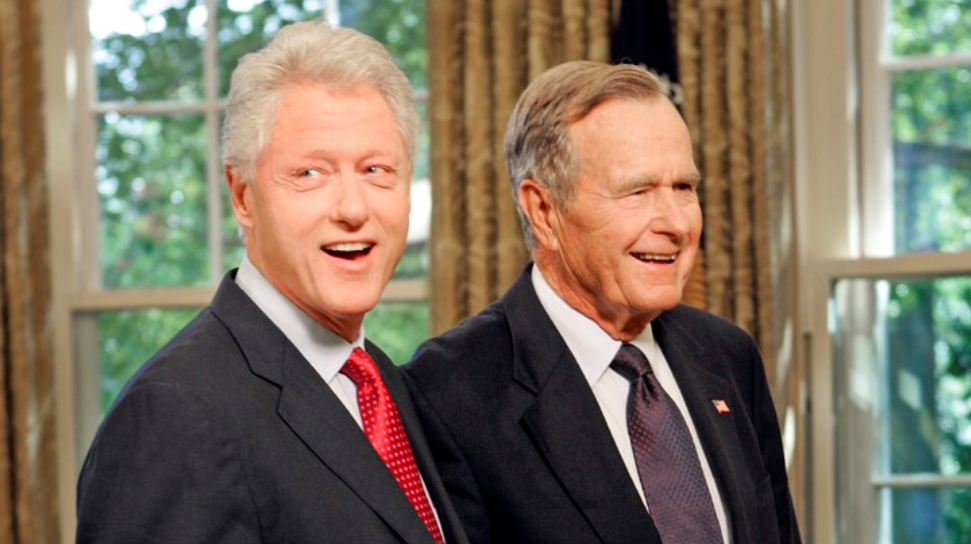 This is such a wonderful article that I wanted to include it on this website. Despite some contemporary allusions, it will never date. I’ll mention that, although the final paragraph may be paradoxical, I have more than once been witness to its truth.

In the current political climate we can be confident that John McDonnell, the shadow chancellor, isn’t inviting his Tory pals around on New Year’s Eve for a singalong of Auld Lang Syne. Cross-party friendships used to have a long and fine tradition. Tony Benn was great friends with Enoch Powell, and Bill Clinton became very close to George HW Bush after ousting him from the White House.

The disgraced former Tory cabinet minister Jonathan Aitken is godfather to Diane Abbott’s son; Clinton’s strategist James Carville is married to Bush’s former campaign director; and Donald Trump’s adviser Kellyanne Conway is married to a lawyer who is publicly critical of her boss. Until quite recently these non-partisan affections were thought to reflect well on all involved.

Earlier this month, however, the current American president’s son Eric tweeted that the behaviour of Conway’s husband was “horrible” and showed “utter disrespect” to her. McDonnell told Newsnight recently that he could “never” be friends with a Conservative. As an energy-saving measure, I suppose this policy must have shortened McDonnell’s Christmas card list. As a strategy for life, however, the only thing more startling than his assumption that people would find it reasonable is the mounting evidence that growing numbers of us do.

The Labour MP Laura Pidcock informed the world last summer that she had “absolutely no intention” of ever being friends with a Tory in parliament. They are, she put it bluntly, “the enemy”. When the Labour MP Stella Creasy went to a gig last year with a Tory MP, she was viciously trolled by left-wingers, some of whom proposed deselection as an appropriate punishment.

A recent episode of Moral Maze on BBC Radio 4 featured an academic who boasted of un-friending anyone who voted Tory in the 2015 election. Virtually every day on Twitter, some woke soul solemnly announces their cessation of all dialogue with anyone holding opinions they consider insufficiently enlightened.

What’s striking about this position is the pride with which it is asserted. What’s bewildering is that it’s become normal to think it a wise — or even feasible — way to live one’s life. The greatest puzzle is its popularity among progressives, who apparently haven’t noticed that it is based on a deeply privileged understanding of what friendship is. For a start, it assumes we all live in urban populations containing enough people just like us to afford everyone the luxury of ignoring anyone who isn’t. This is a typically metropolitan misapprehension. Had I observed McDonnell’s doctrine myself, for the first 18 years of my life my entire social circle would have been confined to members of my immediate family.

In the hamlet where I grew up, our nearest neighbour was a high Tory churchwarden with a firm belief in the merits of beating naughty children. To qualify to wear the slogan T-shirt currently popular with young Labour activists — “Never kissed a Tory” — I would have endured one of the most boring adolescences in living history. Who else was there to kiss in Wiltshire in the 1980s? I ended up losing my virginity to a young farmer whose idea of pillow talk was to crack racist jokes about “Abos”.

Do I wish I’d been snogging young Milibands instead? I don’t. It would have been fun to know boys who weren’t bigots, but had I spent my teens quoting Billy Bragg lyrics with atheist vegetarians, I’m not sure my friendship group today would look how it does. If you can make pillow talk with a racist, you can pretty much get along with anyone — which is largely why my friends today include rabidly right-wing columnists, Brexit campaigners, bank robbers, benefit fraudsters and vicars.

Until recently I would have worried that to say so would sound like boasting. Now I’m more worried that it sounds like a confession that will land me in hot water with friends.

For 21 years I was a Guardian journalist, and I hold pretty much all the opinions you’d expect: I’m pro-EU, anti-austerity, fiercely feminist. It is only in the past few years that my friendships with people with whom I could not disagree more have come to be perceived, by some of those on “my side”, as problematic.

I’m thinking, in particular, of politically engaged millennials, whose admirable interest in current affairs doesn’t extend to curiosity about anyone who doesn’t think like them. To the generation that spent its undergraduate years trying to no-platform speakers ranging from Germaine Greer to Katie Hopkins to Peter Tatchell, the world seems to be a Facebook page or Twitter feed they can curate to protect their ideological purity by blocking all unsavoury opinions.

When their political opponents operate on the same principle, these young progressives accuse them of appalling prejudice. They roundly and rightly condemned the schoolboy bully from Huddersfield filmed mock-waterboarding a Syrian refugee — but didn’t seem to notice that he was essentially practising the social code preached by McDonnell. The schoolboy didn’t want to be friends with anyone “other”, either.

McDonnell would object that there is a world of difference between disliking someone because of their ethnicity, and because of their politics — and it’s certainly true that no one gets to choose the colour of their own skin. His assumption, however, that one’s beliefs are entirely an exercise in free will, and can therefore be read as an accurate expression of one’s soul, is widely shared but doesn’t actually stand up to scrutiny. To people alive in 150 years’ time, even the most woke progressive right now will almost certainly look like a chauvinist pig. Historical norms once considered unexceptionable — keeping a slave, beating one’s wife — have come to look barbaric, so it’s safe to assume our great-grandchildren will be equally appalled by things all of us do or say today.

No one suggests we should therefore judge our friends in 2018 by the moral standards of the mid-22nd century; that would be mad. It is, however, a useful reminder that opinions can owe more to context than character, and we no more choose the era we’re born into than we do the colour of our eyes.

Geography plays an equally random and often overlooked part. In London, for example, my sons would be horrified to hear a friend say anything homophobic. What would be shocking at home is par for the course, however, in Jamaica, where my children spend a lot of time and where homophobia is so deeply woven into the culture that they hear it casually expressed everywhere from the pulpit to dancehall music. Naturally my boys find this confusing. Is the solution to tell them to unfriend all the Jamaicans they love?

Instead of casting people who hold opinions we find offensive as “the enemy”, a more useful strategy for my children to learn would be to think about where those opinions come from. The question they should ask themselves is: if I’d led this person’s life, and shared their experiences, might I think the way they do? If the answer is an emphatic no, that person’s opinions really do say a lot about them, and should legitimately inform the relationship. Nine times out of 10, though, the answer will be yes.

The notion that people are defined by their politics neglects all the other determinants and expressions of character. For example, Piers Morgan is widely deplored in left-wing circles because of his friendship with Trump — but Morgan’s support for the US president has almost nothing to do with politics. After the television presenter lost his job at CNN, Trump was one of the few A-list American celebrities who took the time to make sure Morgan was OK, even when the presenter had nothing to offer.

It was because the friendship had no transactional value to Trump that it meant so much to Morgan — and while most of us probably don’t like to think we have much in common with either man, I suspect loyalty counts as much to us as it does to both of them.

Yet the orthodoxy doesn’t just condemn politically incompatible friendships; it even extends to professional interactions. When I began interviewing high-profile figures 20 years ago, if my verdict on an interviewee differed from the one readers were expecting, the feedback would range from surprised to disappointed — but not outraged. Nowadays, if I dislike someone whose opinions readers approve of — or like one whose views they don’t — they go berserk.

This is a puzzling misunderstanding of my job. An interviewee’s position on ownership of the railways, for example, is less illuminating than whether or not they are capable of listening. I’m interested to see if they convey self-awareness, humility and generosity — or are they brittle, defensive and boastful? My job is not to pass political judgment, but to work out what someone is like.

Nonetheless, journalists are increasingly being told they “shouldn’t” interview people who hold objectionable opinions. Andrew Marr was savaged recently for interviewing Arron Banks, as if the act of interrogating the Leave.EU co-founder were an endorsement. At this year’s Comment Awards, two Guardian journalists demanded to have their names removed from the shortlist because they didn’t approve of a fellow nominee. That this no-platform campus culture has encroached on public life to the point where people refuse to share not just a platform but a shortlist would be laughable, if the implications were not so serious.

By definition, all of us cannot be right about everything. Logically, therefore, some of us sometimes need to change our minds. Even if you think that doesn’t include you, you’re unlikely to change anyone else’s by blocking them, or addressing them through gritted teeth.

If there is a human being alive whose mind has been changed by ostracism and contempt, I’ve yet to meet them — so if your political beliefs matter so much to you that you don’t like anyone who disagrees, they probably matter enough to make it imperative you do.

It isn’t enough to engage politely. We need to be friends — genuine friends — with people who hold radically different views, because it’s only when we really care that we find the empathy to fully understand. The funny thing is that progressives have always understood this, which is why they don’t think the country should be run by an elite of white men who went to Eton. And they’re right. There’s nothing like having a close friend in prison, or on benefits, to sharpen one’s understanding of an issue. By the same token, there’s nothing like being friends with a Tommy Robinson fan to understand this country right now.

The prohibition on cross-party affection rests, ultimately, upon a rather decadent First World definition of friendship. At 21, many of us may be lucky enough to enjoy the luxury of selecting our friends according to their position on Palestine, transgender self-identification and veganism. By middle age, however, friendship has a lot less to do with mutual admiration than support.

When your life goes horribly wrong — as it almost certainly will at some point — you don’t care whether the friend showing up at your front door with lasagne believes in grammar schools and tax cuts and austerity.

In my experience, it’s likely they will. One of life’s abiding paradoxes is that people inclined towards ideological selfishness are often selflessly heroic towards individuals in need, whereas liberals talk a good game but don’t always show up in a crisis. When disaster strikes, you find out what sort of friend you really need. 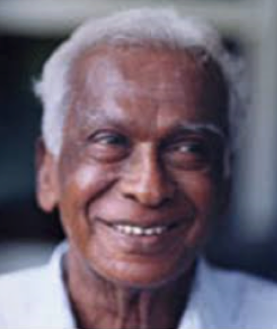 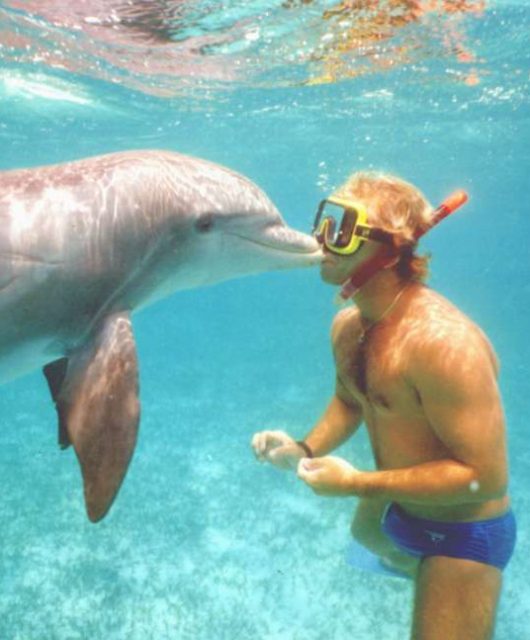 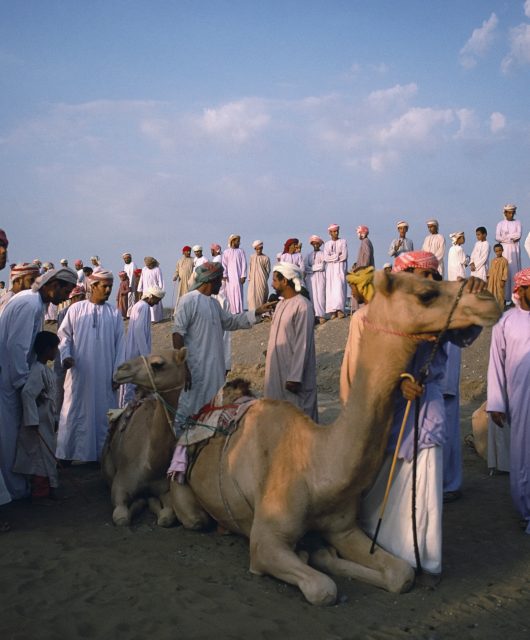 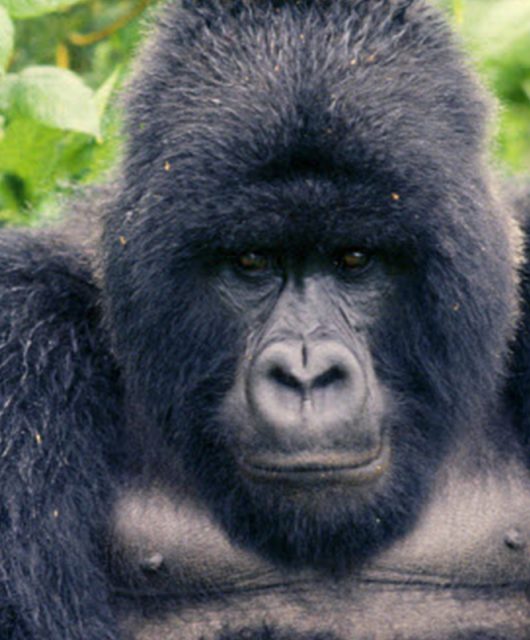 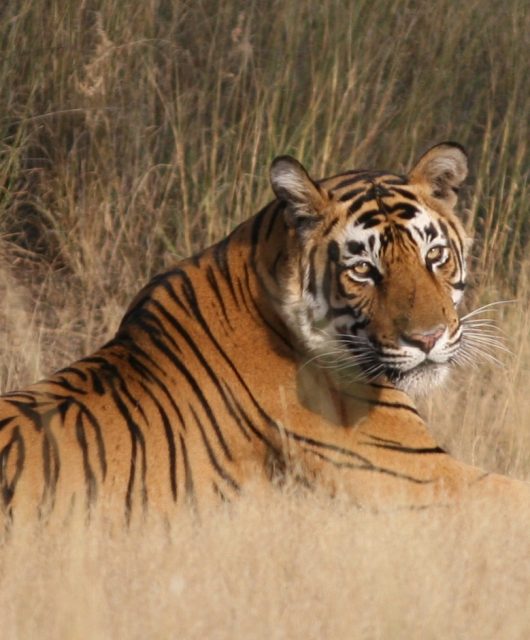