This page is a work in progress. 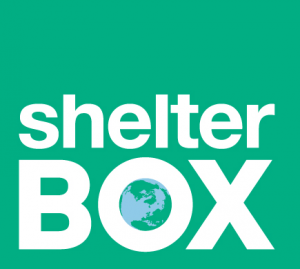 A charity based in Cornwall, which is probably the best in the world for emergency shelter relief. I have seen them in action. Most of the work is done by trained volunteers, who are brilliant. I can’t imagine a more effective use of charitable money.

I am talking to survivors of a landslide that had destroyed all their property and all their stock. We are both sitting on one of the boxes that include a family-sized tent, blankets, and much more.
https://www.shelterbox.org 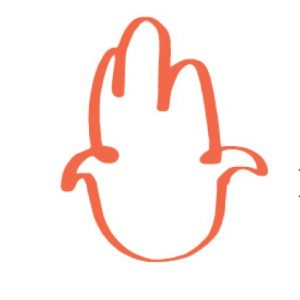 It raises money to help partner organizations that bring relief to victims of the Syrian disaster. Whenever possible the projects are in Syria and run by Syrians.
https://www.handsupfoundation.org

For several years I was a trustee of Impact, a charity which works with foreign partners to address remedial disability. They pioneered a medical train for remote areas in India, and later a medical boat for remote areas of Bangladesh.
https://www.impact.org.uk

Staff Benda Bilili  (approx 4 mins)
This Congolese band are playing Na Luingui Yo (I love you). The visual quality of this video is poor, but it is a great favourite of mine, both for its charm and its wonderful music. When this video was recorded, the band were living in Kinshasa Zoo. Four of them are paraplegics, and three of them are homeless street children, of whom the star is Landau, brilliantly playing a stringed instrument that is fashioned from a tin can.

Watch out for the brief appearance of a man strolling past with a Kalashnikov.
https://www.youtube.com/watch?v=55zb9et7nUI

Owls. (13 mins, 44 secs)
A kind neighbour, Dr Mike Hall, made this charming video about Barn Owls that nested in the loft of my house.
https://www.youtube.com/watch?v=S1JaKBgtEXg

Quick brown fox jumps over the lazy dog. (2 mins, 10 secs)
You are probably aware that this is a sentence that carries every single letter of the alphabet.  In this video, you can see the sentence come to life.
https://www.youtube.com/watch?v=f2d6q2oUJeY

Unusual video of Lions. (1 min, 12 secs)
The few wild Asiatic lions can be found only in the state of Gujarat in India.. Here is a remarkable amateur video, showing them trying to cross a busy road.
https://youtu.be/WbFiHuZNfLs

With a small amateur camera I took  six brief videos of a remarkable collaboration between fishermen and 27 dolphins on the Irrawaddy in Myanmar.  It is an exceptionally rare and  remarkable example of collaboration between wild animals and man, and it is difficult to imagine how it began.  The dolphins (who incidentally are blind) make very specific signals to indicate where the fishermen should throw their nets

Dolphins collaborating with fishermen on the Irrawaddy in Burma (Myanmar) (1). (31 secs)
If you watch carefully, you can see that at the right moment the dolphins raise their tail vertically, which is a message to the fishermen to get ready. A bit later the dolphins splash their tails to one side or the other, to indicate in which direction the fishermen should throw their nets. If you listen, you can hear the nice snuffling of a dolphin when it surfaces.
https://www.youtube.com/watch?v=HozqnARwVJI

Dolphins collaborating with fishermen on the Irrawaddy in Burma (Myanmar) (2). (1 min, 11 secs)
The fisherman tries to encourage the small pod of dolphins by rattling the lead weights on his fishing net. The dolphin gives a clear indication of where it wants the net thrown.
https://www.youtube.com/watch?v=xL9Lk8iVOfw

Dolphins collaborating with fishermen on the Irrawaddy in Burma (Myanmar) (3). (1 min, 3 secs)
The dolphin shows its vertical tail before the fisherman is ready. There is raucous criticism of the fisherman’s delay from a second boat. The fisherman tries to encourage the dolphin to return by rattling his lead weights. His companion fisherman does the same by splashing his oar.
https://www.youtube.com/watch?v=YkbnfNLSkB0

Dolphins collaborating with fishermen on the Irrawaddy in Burma (Myanmar) (4). (34 secs)
The dolphin indicates where to throw the net.
https://www.youtube.com/watch?v=7w7nweO1Zqo

Dolphins collaborating with fishermen on the Irrawaddy in Burma (Myanmar) (5). (42 secs)
The fisherman slowly pulls his catch. You can see the dolphin briefly surfacing.
https://www.youtube.com/watch?v=P_ttoqyEDeY

Dolphins collaborating with fishermen on the Irrawaddy in Burma (Myanmar) (6). (40 secs)
A haul of small fish. The fishermen catch many more fish when helped by the dolphins. If you look carefully you can see three dolphins in the distance, and one of them is signalling that it wants a fishing boat. A second boat accordingly goes out to join them.
https://www.youtube.com/watch?v=CjdWP7IXJVM

Following my experiences with Dolphins in Burma, I went to Brazil to see a similar (but equally rare) collaboration between dolphins and fishermen.

Again, it is the dolphins who are the boss, and who indicate where and when the nets should be thrown. The cast-nets are very similar to those in the bible.

For these two short videos, taken with the same small amateur camera, I went up a river (presumably brackish) about 2 miles from the sea. At this spot there is sometimes a very specialised type of collaboration with the dolphins. The fishermen moor three boats to the edge of the river, with one fisherman in each boat. One or two dolphins herd the fish towards the central boat, and then move around to create a type of muddy barrier to discourage the mullet from escaping.

If you watch the two videos closely (a total of three minutes) you may see an early glimpse of the dolphins. When they get closer, it is worth listening to the lovely snuffling noise as they surface above the water. You will notice that the fishermen are patient, not immediately throwing their nets even when the dolphins are close. They wait till the appropriate moment.

When the dolphin collaborations take place closer to the sea, I saw the dolphins give very specific signs to the fishermen. Here in the river, I was led to understand that the fisherman wait until the dolphins have made three circuits that are close to the boats.

It is always the fisherman in the central boat who first throws the net. Then the other two can do the same. Because the central fisherman will usually catch the most fish, they then change places.

In these videos you can sometimes catch a glimpse of three boats on the other side of the river, which were also simultaneously attended by a helpful dolphin.

I was there early in the season when the fish are rarer. Later in the season, some of the mullet catches can be stupendous. These catches are entirely a result of the help from the dolphins. During my days in the Laguna area, I occasionally saw bored fisherman throw their cast-nets when they were not being helped by the dolphins, and on these occasion I never saw them catch any fish.

I am often asked about the benefits to the dolphins. Although the fishermen don’t deliberately feed the dolphins, clearly there is a benefit. A short explanation is that the dolphins gain from the break up of the shoals, and the panic of the fish.

The fishermen know the different habits of each dolphin, and the different ways in which each one shepherds the fish towards the cast-nets. Every collaborating dolphin is given a name by the fishermen: the two in the video are known as Robin and Batman.